The first US Open was played on October 4th, 1895, at the 9 hole Newport Country Club in Rhode Island. It was a 36 hole competition, that was completed in 1 day. Only 10 professionals and 1 amateur entered.

Tiger Woods won the 2000 US Open at Pebble Beach by a record 15 shots. He finished the week at 12 under par, with second place finishing 3 over par.

Holes To Watch Out For: 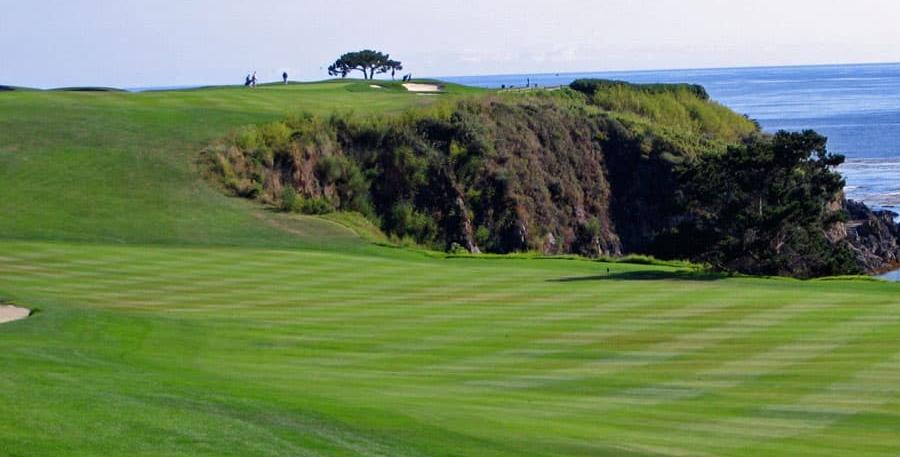 No. 6, 523 yards, par 5: This is a daunting par 5, with a tee shot that has to navigate bunkers on the left, and shaven rough feeding anything far right over the cliffs and into the cove. From the fairway, your second shot is blind, going over a steep hill with long bunkers down the left side to a green guarded by bunkers on both sides. 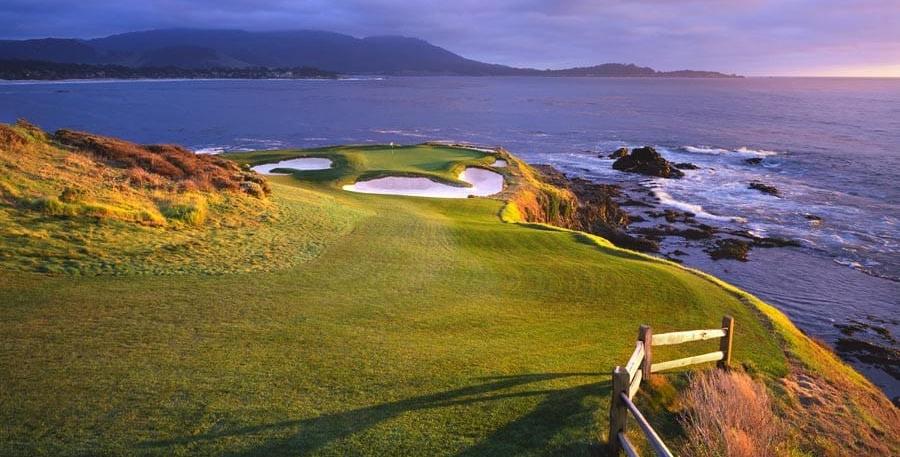 No. 7, 109 yards, par 3: The courses signature hole, the 7th is a short downhill par 3. However, don’t let its looks fool you, the wind can make club selection very very difficult, with players maybe needing as much as a 6 iron when its really blowing into you. This makes this par 3, and the bunkers and ocean that protect it, particularly difficult to navigate. 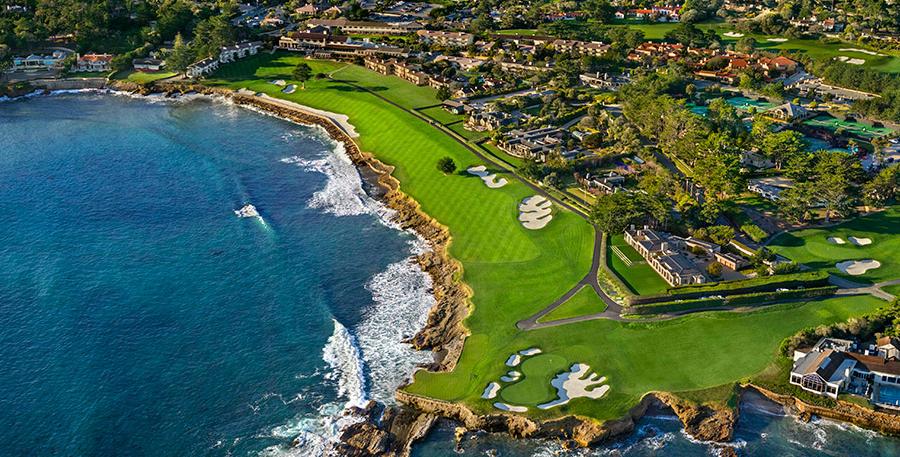 No. 18, 543 yards, par 5: The 18th at Pebble Beach is one of the most stunning finishing holes in world golf. Though par is fairly easy, golfers chasing a tournament, and needing a birdie, will need to take on the ocean with a driver, and navigate the fairway tree’s effectively, if they want a chance at hitting the green in 2. The green is then protected by a deep bunker to the right, and towering pine that forces players to keep it left, but thus bringing the ocean more into play.